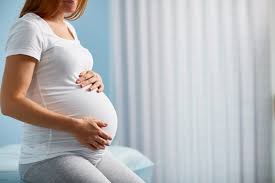 Pregnancy-related fatalities sometimes happen up to 12 months after birth; consequently, they are preventable within the most of cases, based on a recent report. These deaths consist of those due to a pregnancy problem; events set off by maternity or the worsening of an underlying condition because of the aftereffects of pregnancy regarding the body.

Scientists in the United States Centers for Infection Control and Prevention analyzed nationwide information reported to your agency’s Pregnancy Mortality Surveillance System between 2011 and 2015. They even examined detailed information on the Maternal Mortality Review Committee in 13 states gathered between 2013 and 2017.

From 2011 to 2015, there have been a total of 3,410 pregnancy-related deaths in the USA, consistent with known rates of approximately 700 deaths each year. Almost 31% for the fatalities into the research occurred during maternity, 36% occurred a single day of delivery or perhaps the week after, and 33% happened seven days to at least one year after distribution, in line with the findings, published Tuesday within the CDC’s Morbidity and Mortality Weekly Report.

Medical professionals wanted to learn more about the timing of death.

Heart problems and stroke caused a lot more than 1 in 3 — or 34% — of pregnancy-related fatalities. Additional factors that cause death diverse by timing.

Many fatalities occurring around delivery were brought on by obstetric emergencies such as severe bleeding and amniotic fluid embolism when the fluid enters the mother’s bloodstream and results in a disturbance into the blood-clotting system. The week after delivery, heavy bleeding, high blood pressure, and illness had been the most common factors that cause death. Cardiomyopathy, a weakening for the heart muscle, ended up being the most common reason behind death the season after distribution, by the results.

The outcomes also confirmed understood racial disparities: Ebony women were around three times as very likely to die from a pregnancy-related cause as white women.

Doctors discovered that disparity in American Indian Alaskan indigenous ladies, and that was 2.5 times as high as white ladies. Medical professionals emphasized that continued monitoring and reporting of this disparities are fundamental to prevention techniques.

The racial and ethnic disparities could be in component explained by structural racism. Racism can directly affect when ladies are seen, the quality of the care and advice they get, as well as just how much they trust their physicians, she said.

The disparities will also be likely to be worsened by variations in medical center quality, with women staying in rural America sometimes delivering at hospitals perhaps not prepared to take care of the complications they could face.

Variations in who are suffering from chronic conditions with all the potential to worsen during pregnancy add just one more layer, with African-American women experiencing higher rates of cardiovascular illnesses and hypertension before pregnancy, she said.

Medical professionals do want the public to know that maternal fatalities are relatively rare; most pregnancies do lead to a safe experience both for mother and child. But every maternal death is tragic, and medical professionals are learning; it often represents a missed opportunities.

By analyzing a subset associated with the reported fatalities, the Maternal Mortality Review Committee in all the 13 states  in the research determined that 3 out of every 5 — or 60% — associated with the deaths were preventable, no matter competition or ethnicity.

The committees also outlined contributing factors and strategies to avoid pregnancy-related fatalities, including methods to enhance access to clinical care, the general public knowing of warning signs and accurate diagnosis by physicians.

For ladies and their own families, the writers recommend talking about warning signs and symptoms of complications with health-care providers and stating which they recently gave birth any moment they receive health care bills on the 12 months after delivery.

Not one intervention is enough; reducing pregnancy-related fatalities requires reviewing and learning from each death, improving ladies’ wellness, and reducing social inequities throughout the lifetime, as well as ensuring quality take care of pregnant and postpartum ladies. By distinguishing and promptly answering warning signs not just during maternity, but even as much as 12 months after distribution, doctors can save lives.