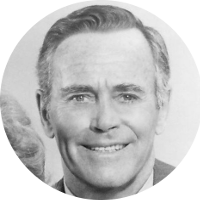 Henry Jaynes Fonda is my 6th cousin 3x removed, the ancestor who connects us as relatives is John Anderson (1694-1746), my 8th great grandfather.

Henry Jaynes Fonda was born on May 16, 1905 and died on August 12, 1982. Fonda was an American film and stage actor with a vocation spanning five decades.

Fonda made his mark early as a Broadway actor. He also starred in 1938 in plays performed in White Plains, New York, with Joan Tompkins. He established his Hollywood debut in 1935, along with his career gained momentum after his Academy Award-nominated performance as Tom Joad in The Grapes of Wrath, a 1940 adaptation of John Steinbeck’s novel about an Oklahoma family who moved west throughout the Dust Bowl.

My genealogical chart showing the ancestor who connects Henry Fonda and I as relatives: