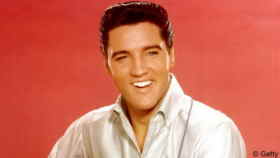 Elvis Presley is my 8th cousin 1x removed. The ancestor who connect us both in my genealogical chart is Robert Napier (1660 – 1721), my 8th great grandfather.

Elvis Aaron Presley was born on January 8, 1935 and died on August 16, 1977. He is also known mononymously as Elvis, was an American singer and actor. Regarded as one of the most significant cultural icons for the 20th century, he could be often referred to as the “King of rock ‘n roll” or just “the King”.

My genealogical shows the ancestor that Elvis and I share: