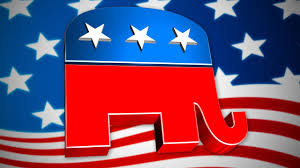 Senate Republican leaders bowed to pressure from within their own ranks Tuesday and postponed a vote to overhaul the Affordable Care Act until after the July 4 recess, raising doubts about their ability to fulfill one of their party’s core political promises.

The delay, which now exposes lawmakers to a barrage of lobbying as they face their constituents over the holiday, has left a measure orchestrated to pass swiftly this week now teetering in the balance. But, Senate Majority Leader Mitch McConnell (R-Ky.) had little choice after five Senate Republicans said they could not support a move to bring up the bill this week in the wake of a new budget analysis of the bill’s impacts.

Conservatives are blasting the plan for leaving too much of the existing law in place, while a coalition of patient advocates, doctors and senior citizens’ groups have joined Democrats in decrying its proposed cuts to the Medicaid program and rollback of taxes imposed on the wealthy.

One thought on “What caused Senate Republican to bow under pressure?”